Over 655 square miles, the city of Houston can accommodate the cities of New York, Washington, Boston, San Francisco, Seattle, Minneapolis and Miami.

Houston, known as the "Space City", is a global city, with a broad industrial base in the fields of energy, manufacturing, aeronautics and transportation.

The Port of Houston ranks first in the United States in terms of the international expertise imposed on water (weight in tons), and second overall in cargo. There are 26 Fortune 500 companies based in Houston, including: Konoko Phillips, Oil Marathon, Cisco, Apache, Liborton and many more.

Houston is also home to 49 Fortune 1000 companies, which are the second largest concentration in any other city in the state, after only 72 in New York. In addition, the largest medical center in the world, the Texas Medical Center, is located in Houston and receives an average of 7.2 million visitors a year. To date, more heart surgeries have been performed here than anywhere else in the world.

The Houston metro area offers great opportunities for investors looking for a stable and landlord-friendly market that offers both cash flow and an increase in the price of properties that are still low below their rebuild values.

Houston is the largest city in the state of Texas in the United States, and the fourth largest in the entire United States. According to the United States Population Census conducted in 2020, the city's population is approximately 2,304,580 million, with an area of ​​approximately 1,600 square kilometers. The city is home to the Harris County Administrative Center and is the economic center of the Houston-Sugarland-Bytown metropolitan area - the fifth largest area in the United States - with a population of 7.1 million as of 2020.
The Houston skyline is the fourth highest in North America (after: New York, Chicago and Toronto), and the 12th highest in the world as of 2014. A system of tunnels and elevated sidewalks 11 km long in the city connect the buildings in the center, which allows pedestrians not to suffer from excessive heat in summer or heavy rain in winter.
Houston is multicultural, thanks in part to its many academic institutions and large industries, as well as being a major port city. Over 90 languages ​​are spoken in the city and it has the youngest population in the nation, a partial contribution to this was immigration to Texas.
The jewish community
The Houston Jewish community, estimated at 47,000 in 2001, has existed in the city since the 1800s. Most Houston Jews come from all over the United States and Israel, Mexico, Russia and elsewhere. As of 2016 there were over 40 synagogues in Greater Houston. The major synagogues in Houston are the Beit Yeshurun ​​Congregation, the Conservative Jewish Synagogue, and the Beit Yisrael and Amnu-El Jewish Reformed Communities.

כלכלה
The Houston economy has a broad industrial base in the fields of energy, manufacturing, aeronautics and technology; Only New York is home to more Fortune 500 companies. Commercially, Houston is considered a world city, and is the world's leader in the oilfields industry. The Port of Houston is ranked first in the United States in international cargo tonnage, and second in total cargo tonnage. In 2012, $ 110.3 billion worth of goods were exported from the Houston area, the three destinations to which most export are Mexico, Canada and Brazil. Most of the city's success in the petrochemical industry is due to the Port of Houston. Unlike elsewhere, rising oil and fuel prices are helping the Houston economy, as many of its residents are employed in the energy industry.

In 2013, Houston was identified as the number one city in the United States in job creation by the U.S. Bureau of Statistics, after it was not only the first major city to hold all the jobs lost during the economic downturn that preceded it, but also after the crash. The economist and vice president of research at the Greater Houston Partnership Patrick Yankovsky attributed Houston's success to the area's real estate and energy industries' ability to learn from historical mistakes. Moreover, Jankowski stated that “more than one hundred foreign-owned companies moved, expanded or established new businesses in Houston” between 2008 and 2010, this openness to outside businesses increased job creation at a time when domestic demand was low. Also in 2013, Houston again appeared on Forbes' list of "Best Places for Business and Careers".
Airports
Houston is served by 3 airports, two of which are commercial and served 52 million passengers in 2007. The main one is Houston George W. Bush Airport, the tenth largest in the United States in terms of number of passengers and 28th in the world. Bush Airport is a major base of operations for United Airlines, offering more than 700 flights departing from the city.
Health Services

Houston is home to the Texas Medical Center, which is the center of the largest research and health care institutions in the world. All 49 members of the medical center are non-profit organizations. They provide patient care and preventive medicine services, research, education, and concern for the well-being of the local, national, and international community. The Texas Medical Center employs more than 73,600 people, the institutions at the medical center include 13 hospitals and 2 specialty institutes, 2 medical schools, 4 nursing schools, a dental school, a pharmacy and provides employment for almost every health-related profession. The site is home to the largest medical evacuation service in Heath, and one of the first to be established in the world, as well as a successful transplant program. The medical center performs more heart surgeries from anywhere in the world.

The medical and research institutions at the Texas Medical Center include the M. D. Anderson Cancer Center, the Texas Children's Hospital, the Memorial-Herman Hospital, and more.

Houston is more lucrative than many other U.S. marketers today.

Houston home values ​​have risen at a steady pace.

The Houston population is growing faster than the national average.

Houston estimates and rents are rising

The report lists other reasons to love Houston:

Houston is in a prime position for continued growth due to its pro-business climate, population growth, strong employment base, solid infrastructure, low cost of living and high quality of life. 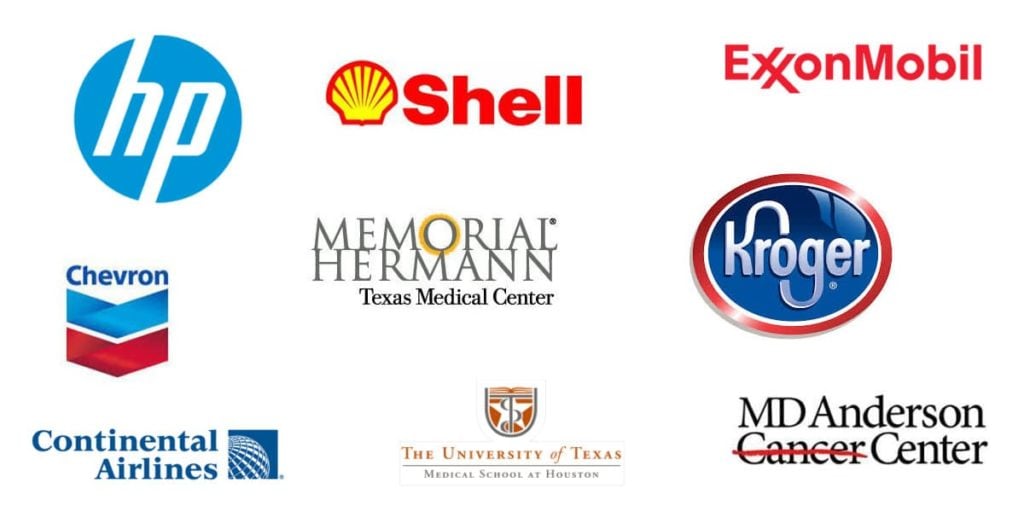 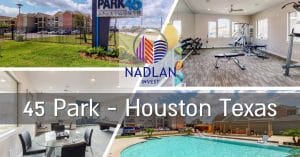 Park45 is a 180-unit, newly built multifamily community located in the affluent Spring submarket. With 150 units built in 2018, and an additional 30 units built in 2021. While Park45 has no deferred maintenance, it entails an opportunity to modernize and upgrade the amenities and unit interiors to better compete with some of the top properties in the submarket.
Phase II offers an upgraded finishes package that includes SS appliances, backsplash, larger kitchen cabinets, granite in the bathrooms, and undermount sinks. The sponsor renovation program will include those upgrades, as well as upgraded bathroom finishes, upgraded lighting package, USB outlets, two tone paint, fenced yards in selected units, and more. The exterior and amenities upgrade will include a mature landscaping, carports, pool upgrade, BBQ lounge, upgraded gym and clubhouse. 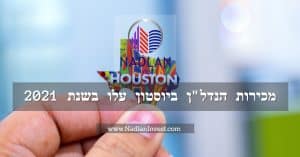 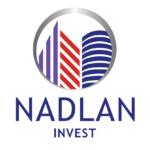 The Houston skyline is the fourth highest in North America (after: New York, Chicago and Toronto), and the 12th highest in the world as of 2014. A system of tunnels and elevated sidewalks 11 km long in the city connect the buildings in the center, which allows pedestrians not to suffer from excessive heat in summer or heavy rain in winter.

Houston is multicultural, thanks in part to its many academic institutions and large industries, as well as being a major port city. Over 90 languages ​​are spoken in the city and it has the youngest population in the nation, a partial contribution to this was immigration to Texas. 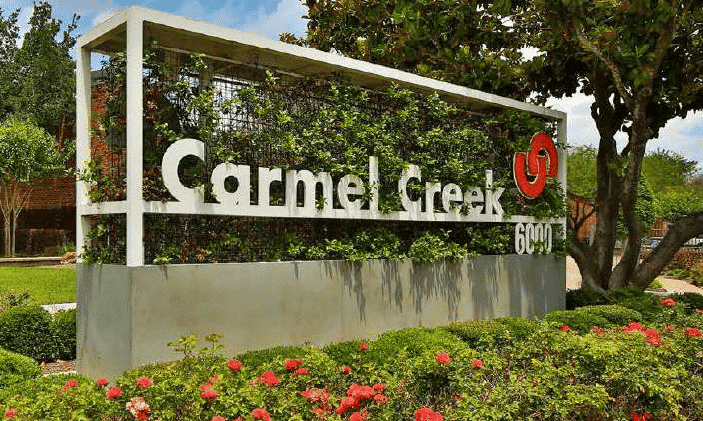 Lior Lustig is an experienced real estate investor who has been active in the field in Israel and the United States since 2007. Lior has extensive experience in purchasing and managing multi-family homes and buildings.

Lior currently manages the Real Estate Investors Forum, which owns the real estate brand and for that matter, the Facebook group and the "US Real Estate Forum" website.

Lior is versatile in a wide variety of investment markets in the United States and provides solutions to investors through the company in the areas of investments, financing and real estate studies. 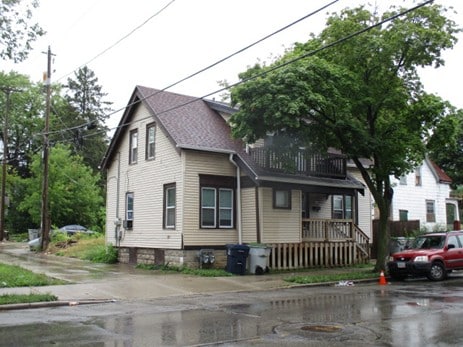 The first deal, the contacts across the ocean and my departure for independence 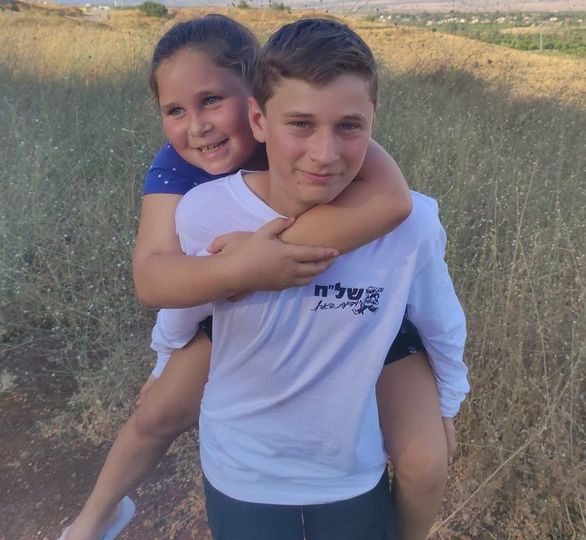 The insights to life with joy and contentment