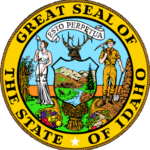 In this group you can offer deals and deals for purchase in Idaho, share information about the state and cities in it, request and offer advice and transaction analysis, CMA comparative analysis, etc.

Idaho is located in the Northwest of the United States and borders the Canadian province of British Columbia in the north, in Montana and Wyoming in the east, Utah and Nevada in the south, and in Oregon and Washington in the west. East Idaho is Yellowstone National Park and the Rocky Mountains.

The Idaho economy was based mainly on mining metals, and a nuclear strike broke out in 1892, which spilled over into violent confrontations between miners and mine guards, which included firing and mine explosions. Today, the Idaho economy is mainly based on agriculture and tourism, but science and technology industries occupy a growing share of the country's economy.